​Opened For Business in February 2003

Solaris 3 Productions is a fully operating video production company with the skills necessary to produce any video project from "script to screen"!

Script Writing, Videography, Editing, Graphic Design, Animation... our team members can do it all!

The two senior members of the team alone, have a combined 50+ years of video production and TV broadcasting experience!  Telling stories with moving images and sound is our expertise!

Kimberly Hart has over 25 years of video production experience here in the Hudson Valley as both a person behind the scenes, shooting and editing a variety of productions and also in front of the camera as feature reporter for different segments on the local tv news.  She has also worked as a freelancer with a number of organizations, including MSG Varsity, Time Warner Cable, Junkett Productions, Beckerle Productions, RoadRunner Productions and West Point Hockey.

She was also a key member of the Production Team for NewsCenter 6, the award winning local TV News Station in Dutchess County as an Operations Supervisor.  She was responsible for the daily work flow of the news crew, the overall look of the channel and Producing and Directing the News and the variety of other programming at the station (including SportsCenter 6 and Talk Show Direct Line).  During her time at the local news she has had the opportunity to interview numerous celebrities and political names... including Multi-Award winning actor James Earl Jones and even President Bill Clinton.

In 2002, Kimberly decided to branch off and start her own video production company, servicing businesses and organizations in the Hudson Valley region.  She utilizes her skills developed in the news industry to create impactful and entertaining videos that can enhance any website.

Kimberly Hart has been a lifelong Hudson Valley resident, growing up in Pawling and currently living in Rhinebeck.  In her free time, she loves to explore the Hudson Valley and find great sites to visit and hike!  She spends much of her free time with her niece and two nephews (who keep her young) while finding new adventures here in our region and always documenting it with video for the family archives.  She is also a lover of movies and television.

Michael McCartney has worked in video production for over 30 years.  In that time he has been nominated for several Emmy Awards.  His resume includes stints with such organizations as NBC, MSG, ESPN, MediaOne and more.

Michael was one of the founders of Local Television News here in the Hudson Valley.  He was instrumental in creating NewsCenter 6 back in 1983 out of a small trailer in Beacon and helped it to evolve into an award winning News Organization with a fully digital, state of the art Studio and control room in Wappingers Falls.  As Area Manager and Executive Producer for NewsCenter 6 (became Cablevision News in 2004) he was instrumental in the success of the program as well as all the programming on the channel.

Despite a background primarily in local programming, his career has taken him to such venues as the Olympics, Tiananmen Square, Washington DC and beyond.

Michael is a native of the Hudson Valley and resides in Newburgh with his wife Karen.  He enjoys running and has become an avid marathon runner.  He also can be found bicycling and backpacking and is an amateur photographer.

We are here to help your company Brand itself the expert in its industry!

"I've worked with Kimberly and her team at Solaris 3 Productions on numerous client projects.  They always produce a first rate product.  Kim is attentive to my client's needs and gets great results.  I highly recommend Kim and Solaris 3 Productions if you are looking to enhance your brand with video! 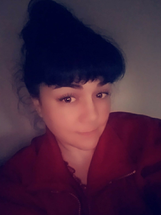 Video to Inspire, Educate and Entertain! 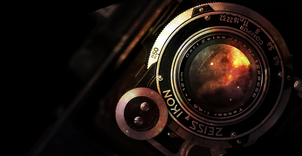 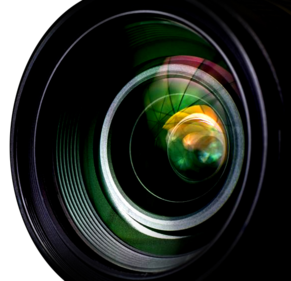